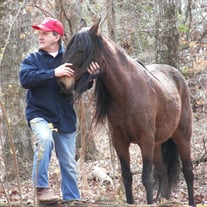 Roger Philipp Hilty, age 76, died Thursday, October 29th, 2020. Roger was born in Findlay, Ohio on January 13, 1944, to the late Robert James and Mary Ardena (Walters) Hilty, also proceeding him, brother Jeffrey (Lois) Hilty of Grand Rapids, Ohio. Roger has two surviving sisters, Judith (Mike) Cohen, of Knoxville, TN; Terri Miller of Covington Ga and brother Scott (Mandy) Hilty of Findlay Ohio. Roger married Barbara (Lobdell) Dawson in 1965 in which they had three children, daughter, Shanna (Bobby) Powell and two sons, Chadd (Virginia) Hilty, and Jaremy Hilty all of Covington Georgia. Roger and Barbara divorced in 1982 and he married Debbi Ayers in 1986 and they reside in Covington Georgia. Roger has 7 grandchildren, 5 great grandchildren and two on the way. Roger worked at Great Scot, on North Main Street, Findlay, Ohio from 1962 to 1965 and the Great Scot, Bowling Green, Ohio from 1974-1976. Roger also played drums for the popular Ohio rock bands, the Challengers with Bob Peeler, and Gary Redick from 1962 to 1966. They renamed the group The American Ways when Kenny Turner joined the group. The group dismantled in 1974. During those years the bands produced numerous recordings and traveled throughout the United States. Roger moved his family to Georgia in 1976 and took a job with Kroger Southeastern Division and retired in 2002. Roger also work at Vendor Supply in Decatur Georgia from 2/3/2003 and retired 12/30/2018. Roger will be remembered for his loving personality that was expressed through music, family and animals. He spent most of his retirement making woodcrafts and furniture, enjoying his family and his small farm in Covington. He will be greatly missed by all. Visitation will be held, Saturday November 7th at Wheeler Funeral Home 11405 Brown Bridge Rd, Covington, GA 30016, visitation from 12-1pm and Memorial services (for family) from 1:00 pm to 2:00 with Dr. Dennis officiating. Due to the current COVID-19 regulations, our staff is committed to taking care of our guests and families that we serve. Please understand we will be following the State’s COVID guidelines. We also ask all guests and family members attending services to please bring and wear a mask while in the building, and they are encouraged to practice social distancing. Those who are unable to attend we understand, and appreciate your thoughts and prayers. Services will be livestreamed through the link below. https://www.oneroomstreaming.com/view/authorise.php?k=160460736784333

The family of Roger Philipp Hilty created this Life Tributes page to make it easy to share your memories.

Send flowers to the Hilty family.