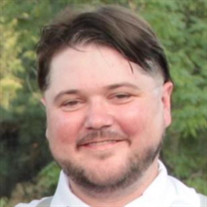 Noah Andrew Parish February 15, 1987 – March 21, 2020 Noah Andrew Parish, 33 of Conyers, GA. passed away on Saturday, March 21, 2020. He was born February 15, 1987 in Dunwoody, GA. to Jeff & Belinda Parish. Noah grew up in Rockdale County and graduated from Heritage High School in 2005. While at Heritage, he was a member of the Men’s Varsity Soccer team that won the AAAA State Championship in both 2002 & 2003 and was also a drummer in the Patriot marching band. After high school, he attended Gordon College and was a member of the Men’s Varsity Soccer team. Noah went on to work at various jobs before entering Ga. Perimeter College where he earned his Associates Degree and then on to Ga. State University where he was set to graduate in December with his Bachelor’s Degree in History and minor in Political Science. Noah loved history. It was his passion to study and understand as much as possible about both U.S. and World History. He was also a huge fan of the Atlanta Braves, Falcons and mostly, the Atlanta United MLS team. He was, as is the requirement to be a Parish, a Disney fan. Noah was preceded in death by his grandparents E. Lanier & Annie Lee Parish of Covington, GA. Noah is survived by his parents, Jeff & Belinda Parish of Conyers, GA., his sister, Natalie Parish of Atlanta, GA., his brother & sister-in-law, Dylan & Britne Parish of Covington, GA.; grandparents Claude & Sue Oldham of Covington, GA.; numerous aunts, uncles, cousins and loving friends. A Celebration of Life service is planned, but out of an abundance of caution for the health of everyone, will be scheduled for a later date. Those details will be shared via his brother and sisters Facebook pages.

The family of Noah Andrew Parish created this Life Tributes page to make it easy to share your memories.

Send flowers to the Parish family.