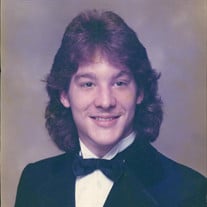 Jeffrey Andrew DeSandre, 52, Conyers, Georgia passed away Monday, May 9, 2022. Death followed several years of battling a heart condition. Born on December 26, 1969, in Fort Lauderdale, Florida, he is the son of Alan and the late Jean DeSandre of Conyers Georgia. The loving father of Miranda Persandi and Grandfather of Rosalyn and the brother of Mark and David and the Uncle of 2 Nieces and 1 Nephew. He graduated from Heritage High School, Conyers, Georgia in 1987. He earned his A.S.E Master Tech, Honda Gold, Silver and Bronze Master Tech, Associates Degree and Applied Technologies Degree from DeKalb College in 1989. He played varsity soccer and ran cross country for Heritage High School. He also earned the rank of Eagle Scout in Boy Scouts. He developed his love for automotive repair at the young age of 16 installing a 427 Corvette engine in his 69 Camaro after blowing up the original 396. He loved to drive fast. He enjoyed riding his YZ125 dirt bike as a teen and his FZR 1000 street racing bike as an adult. He also enjoyed driving his 67 Chevy pick up truck and racing his Mazda RX7 at the old Fulton County stadium parking lot. He held various jobs throughout his career. He worked at Conyers Honda for 17 years earning the title of Shop Foreman. He also worked at Ginn Motors and several other automotive repair locations in the Conyers area. Eventually, he started his own automotive repair service twelve years ago during which time he helped restore several vintage vehicles including a 1975 Cadillac and both a 1982 and 1958 Corvette. Mr. DeSandre had a wide range of hobbies. He loved music. He played bass guitar in a rock band, as well as saxophone and clarinet in middle school band. He enjoyed participating in Karate, winning second place in Battle of Atlanta. He was very artistic and had a great sense of humor. He was very proud of the Been Deer metal sculptures that he welded from rebar. He enjoyed barbequing on the grill and he loved to play with his cats Batty, Spot and Fluff and maintaining his two fresh water fish tanks. He grew up visiting both his grandparents in Daytona Beach, Florida annually. He shared his love of the beach with his family. He really enjoyed going all out for the holidays. He really loved decorating the house for Halloween and Christmas. His haunted house at Halloween was always the big hit of the neighborhood. He leaves a daughter Miranda and Grand Daughter Rosalyn of Acworth, Georgia. He also leaves a father, Mr. Alan DeSandre of Conyers, Georgia and brothers Mark and David. As well as two nieces and one nephew. From 1-2 PM on Friday May 20, 2022, the family will receive friends and family at the Wheeler Funeral Home located at 11405 Brown Bridge Road in Covington, Georgia 30016. A Memorial Service will follow at 2PM. In lieu of flowers, memorial donations are suggested for the American Heart Association (heart.org). This obituary was lovingly prepared by the family.

Jeffrey Andrew DeSandre, 52, Conyers, Georgia passed away Monday, May 9, 2022. Death followed several years of battling a heart condition. Born on December 26, 1969, in Fort Lauderdale, Florida, he is the son of Alan and the late Jean DeSandre... View Obituary & Service Information

The family of Jeffrey Andrew DeSandre created this Life Tributes page to make it easy to share your memories.

Send flowers to the DeSandre family.